Do you suffer from “Musician Shame”? 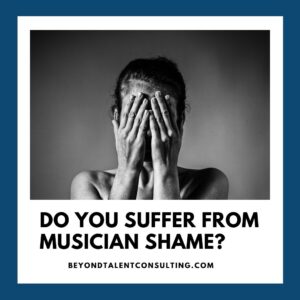 This past week, in a conversation with a terrific musician, I heard—yet again—an accomplished, highly trained professional admit to what I’ve come to call “Musician Shame.” It’s widespread. So I have to ask, do you have it, too—Do you suffer from “Musician Shame”?

In our conversation, the musician essentially revealed a story he’d been telling himself for years—one that had become a self-limiting belief about who he is and what he’s capable of. And that story boiled down to a sense of being, in some fundamental and permanent way—flawed. That he was “less than” and “unworthy.”

In this case, it was about having gone to the “wrong” school. It didn’t matter that he’d gotten a terrific education and had clearly done well for himself as a musician. He was convinced that the reason he hadn’t been able to fulfill his real potential was that he’d gone to the wrong school. This may have started way back with his disappointment about not getting into the “right” school at age 18. And now, well into his 40s, this accomplished professional musician was still carrying that shame. The shame about not being good enough.

And here’s the thing: I’ve met with many musicians who went to the supposed “right” schools and they too find something that makes them flawed and “less than.” And that something is their reason for not having achieved all they desired.

It might be about not having studied with the “right teacher.” Or not having the “right” connections. Some musicians tell me the issue is that they’re terrible at taking auditions—or at networking, self-promotion, or managing finances—and that this is why they can’t get ahead. In all these cases the musicians seem to unquestioningly accept their situations, resigning themselves to a “less than” life.

As long as you are telling yourself that you haven’t achieved your potential because . . . [insert anything here that you cannot change] . . . then you have a perfect excuse for NOT going after your dream.

If you see yourself as powerless, then you are.

Blaming our circumstances (time, money, expertise) is a cop out.

I know this sounds harsh. And I’m not minimizing the challenges that people face and the constraints they have. But the fact remains that, if you wanted to, for instance, write a book or a symphony, you could get up 15 minutes earlier each day and invest the time in yourself and your dream.

Same thing if the excuse is a lack of studio space—what creative solutions and work-arounds have you explored? As far as gaining the skills needed to network, to self-promote, fundraise, and to change your prospects, as Marie Forleo likes to say, “Everything is Figureoutable.”

So here’s the tough question:

In what ways have you given up on yourself?

I’m asking because along with the “musician shame” that too many of us carry, there’s often a defeated mindset. You may have scaled back or abandoned your dreams altogether. Maybe along the way you’ve lost track of what made you fall in love with music in the first place.

What I’ve found, over and over again, is that musicians want to feel that their work is on track. They want to have the experience of career momentum, of forward motion on meaningful projects.

But getting there takes real effort. It demands getting outside your comfort zone and daring yourself to challenge your old stories about who you are and what you’re capable of. It can be painful to confront your fears and self-limiting beliefs.

Is it worth it? The way I see it, the discomfort of forward motion is far preferable to living ta “would-a, could-a, should-a” life of regret.

Let’s turn this ship around: help is here

Yes, ongoing expert music career coaching in a supportive small group format is available. Get the accountability you need and a custom plan so you can take courageous action for your better future. There’s still a spot for you in my Power Group program but we start next week, so . . .

Check the details now and to make sure you’re a fit for the program, let’s schedule a call HERE.

Dive straight into the feedback!Login below and you can start commenting using your own user instantly 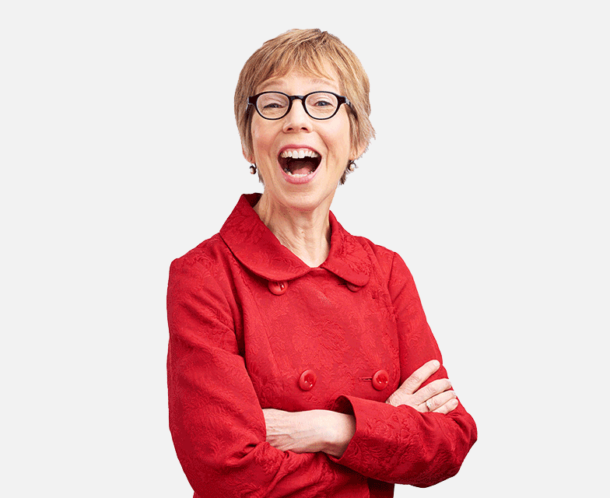